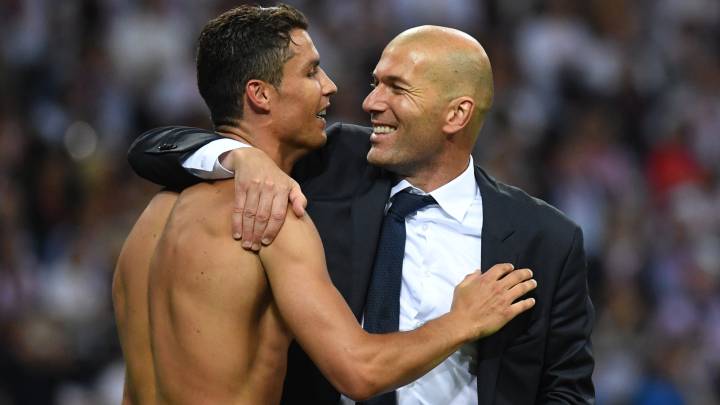 Rumours are circulating, in TuttoSport amongst others, to claim that there could be a possible return to Juventus for Zinedine Zidane, this time as a manager.

Memories of Zizou in our famous Black & White is enough to fill our hearts with hope and emotion, and a reunion makes sense for a number of reasons.

Cristiano Ronaldo was supposedly brought to Turin with the Champions League trophy in mind, but our team has slowly deteriorated in recent seasons.

The Portuguese’s effort has been relentless for much of his time with the club, although he does appear a little less interested after he stomached much of the blame for our Champions League exit to Porto in recent months.

Who would blame CR7 if he was to feel unsupported, despite being our main outlet for goals, and our one-man band for much of the term.

I struggle to believe that Ronaldo will still be at the club going into the new season should we miss out on the top-four, although I’m not sure he is completely sold on Andrea Pirlo’s ideas either.

Should we cement our place in next season’s Champions League however, and convince Zidane to take up the hot seat, I believe a lot of the thinking could change.

Ronaldo and manager Zizou won three Champions Leagues together at Real Madrid, and the French boss was the man to convert his star player into a free-roaming centre-forward, having previously played predominantly as a winger.

CR7 also quit Real months after the Frenchman was replaced from his first stint as manager of the club, while no official comments have linked the two actions as correlating, it could well be telling.

We could talk about the financial advantages for Ronaldo staying with the club, due to the reduced tax rate he qualifies for in Italy, but at this point in his career, I struggle to believe that he would choose money over ambition, and Zizou’s hiring could well the glue that could get this team not just working together as a unit, but bring that unity we have lacked in recent months.

Do we believe that Ronaldo wants to leave the club? Would the potential arrival of Zidane change that thinking? Am I alone in seeing too many positives in the potential return of Zizou?

Has a deal been agreed between Donnarumma & Juventus? (Opinion)