For the second match in a row, Nicolò Fagioli remained on the bench for the duration of the match. While his fellow youngsters Fabio Miretti and Nicolò Rovella have been earning second half cameos and making the most out of it, the 21-year-old is yet to make an appearance this season.

While some might attribute this situation to the player’s current physical condition, the transfer market could also be behind the omission.

Despite signing a new contract recently which ties him to the club until 2026, the excessive number of midfielders at Max Allegri’s disposal could prompt the management to send the youngster on another loan stint.

According to JuventusNews24, Fagioli has fueled his exit rumors by dropping a hint on his Instagram account.

In his IG story, the midfielder posted an image of himself alongside some his Juventus teammates while saluting the away fans following the goalless draw against Sampdoria at the Luigi Ferraris Stadium. Fagioli even added wave emojis which could signal his imminent farewell. 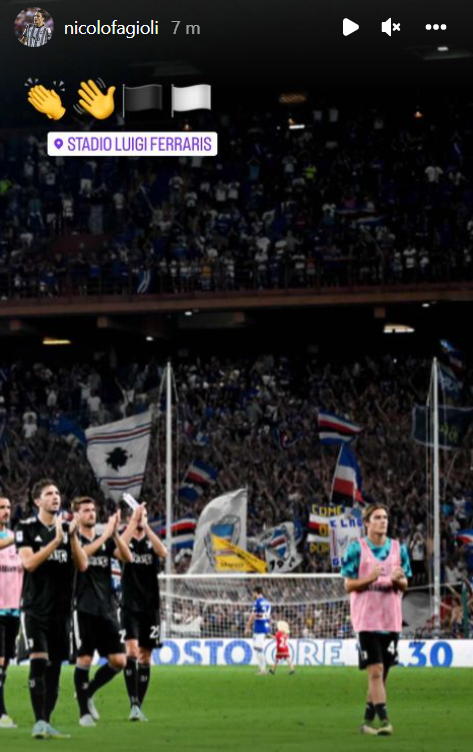 Unfortunately for Fagioli, his emergence coincided with that of other young players, while Juventus are currently struggling to offload their deadwood in the middle of the park.

So as long as the club remains stuck with the likes of Adrien Rabiot and Arthur Melo, one of the young contingent will be sacrificed, and for now, it appears that Fagioli will is the closest to the exit door.

AS Roma prepared to compete with Juventus for Argentinian midfielder