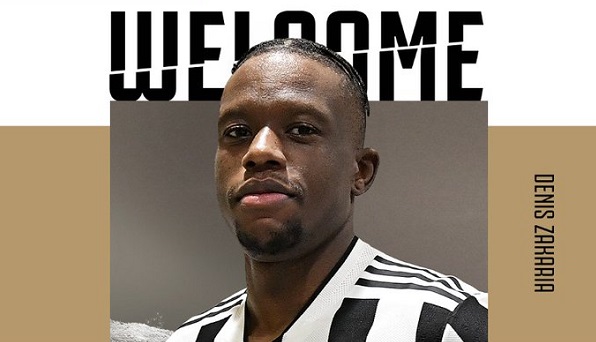 Zakaria explains why he chose Juventus and reveals his role model

After months of speculations, Denis Zakaria has finally landed in Turin.

The Swiss international was running on an expiring contract at Borussia Monchengladbach, but instead of embracing free agency at the end of the season, he was adamant on making a January switch to Juventus.

The 25-year-old only cost the Old Lady five million euros plus two millions as add-ons. This definitely was one of the best deals of the whole winter transfer window.

After unveiling Dusan Vlahovic on Tuesday, today belongs to Zakaria. The Bianconeri presented their new midfielder in a press conference on Wednesday.

The former Bundesliga star revealed why he chose Juventus above everyone else, explaining that it was in fact his father’s favorite club.

“I chose Juve because it is one of the clubs that has always made me dream. I decided that it would be the right way to continue my career,” the Swiss international said at his unveiling press conference as reported by Football Italia.

“I expected to leave Borussia but not this soon. Juventus don’t call every day, it’s a dream for me and I hope I can help.

“I am proud to be here, Juventus were my father’s favorite team, so I know a lot about this club. I’ll try to give my all, trying to help my teammates as much as I can.

“I feel well and I’ve already trained twice. If the coach wants me to play I’m ready. He [Allegri] has told me what he expects from me, but we haven’t discussed the details yet.”

Zakaria also revealed the player that he admired as a child and considers to be his role model. But despite the fact that he chose a former Juventus player, it’s not exactly someone that the fans are too fond of.

“If I think about someone, I would say Patrick Vieira, I’ve always liked him. However, I am Zakaria and I try to have my style without following an exact model.

“I am an aggressive midfielder, I like to help the team recover the ball, but I also like to attack. I can describe myself as a complete player.”