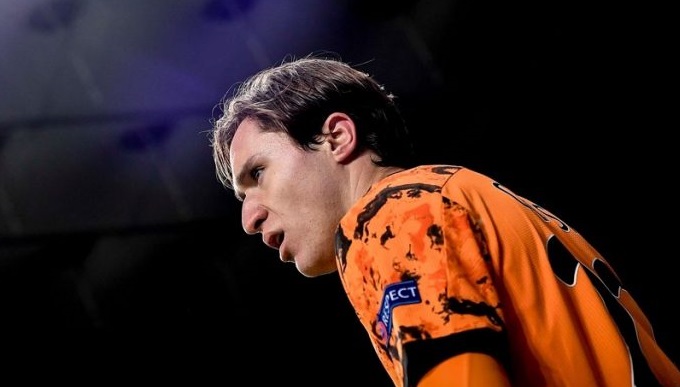 Chiesa understands the criticism that comes from being a Juventus player

Juventus hasn’t made the best of starts to this campaign and because the Italian champions have set the bar so high over the years, the expectations are high.

When they fail to meet those expectations, they always get some stick and that has been the case in their last few games.

The Bianconeri were held to a 1-1 draw by Serie A new boys Crotone in their last league game.

That draw came after they were held to a 2-2 draw by AS Roma in the previous league game that they played.

They have been awarded a 3-0 win in their unplayed game against Napoli, but in reality, they had won just a game before last night.

Ahead of that match, the pressure was already mounting on them to get back to form.

They responded well by beating the Ukrainians, and Chiesa was one of the players who put in a decent display.

After the game, he revealed it was normal for the players of Juventus to be criticised because there are so many expectations at the club.

He said via Calciomercato: “Tonight we wanted the victory to get off to a great start. We gave everything to be able to get out of this difficult field with a win. We have received a lot of criticism but it’s normal, there are so many expectations at Juventus and we have to win every time we take the field.”