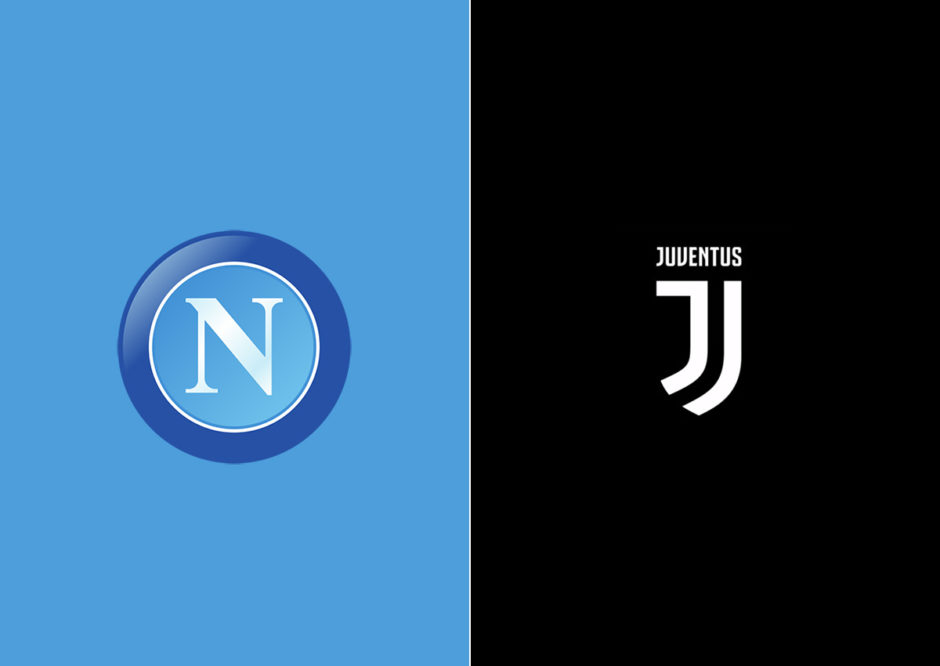 Juventus are coming off a relatively easy win against Crotone, an enemy that was not interested in attacking at all. The only gripe with the result was that the goals did not arrive sooner, but you can not have everything I guess. The most interesting takeaway is that Massimiliano Allegri persevered with 3-4-2-1 in a game that did not require strong defending, so he did it to give the new formation new reps as he could have easily fielded a 4-3-3 with the men at his disposal.

It went well: Benedikt Howedes was OK as anchor of the defence in his day view, Medhi Benatia is in good form and Alex Sandro looked more at ease in a more advanced position. Playing with two No.10s seems to give them more freedom, as the pitch is now divided in just two parts, not three. Douglas Costa had easily his best game since joining with more room to operate and Paulo Dybala was spry. Sandro and Stephan Lichtsteiner had one less opponent to face down the flank and I suspect the ideal configuration of this scheme includes Juan Cuadrado as right wing back.

I know most are allergic to the three-man defence, but 4-2-3-1 was starting to grow stale, so Massimiliano Allegri had to intervene in some fashion. Maybe it is not a matter of numbers and tactics, but it is simply about stimulating a group that can become complacent when it is not challenged. You might figure that the strong performances by Napoli and Inter could maybe light a fire under them, but I do not think that had happened, so some coaching was needed.

The game against the Partenopei is coming up and I am looking forward to what kind of approach we will have. Is it a must-win or is it a can-not-lose game? The San Paolo is a stadium that has not been kind to Juventus in the past, but the road to lo Scudetto sometimes has gone through here in the past. This year, it means a lot more, considering that the Azzurri have a four-point lead.

Many updates from the infirmary: Gonzalo Higuain just had hand surgery because of a fractured metacarpal bone: he is in the squad list, but playing so soon after an operation is probably not so safe. Anyway, he will try. Stephan Lichtsteiner is out with a hamstring ailment, Juan Cuadrado and Federico Bernardeschi are recovering from minor hamstring injuries and have been called up, but they have not trained much with the rest of the group and they might not have 90 minutes in their legs. Giorgio Chiellini is ready to be in the XI. Mario Mandzukic and Howedes are out because of last-minute injuries.

As for the tactic, 4-2-3-1 seems out of the question because of the absences in the attack: Douglas Costa and Paulo Dybala will flank Mario Mandzukic. Miralem Pjanic and Sami Khedira are primed to play in the midfield, but Blaise Matuidi has a shot, especially if a 4-3-2-1 is chosen instead. Mattia De Sciglio is the last man standing as right wing back and it will be a great opportunity for his to gain ground in the pecking order and he has some momentum after that unexpected goal against Crotone. Andrea Barzagli is set to beat out Daniele Rugani for the final spot in the defence, as he always does in big games: Chiellini has always started when healthy and Benatia is playing great.

The unexpected problem to Mandzukic is a real headache for the attack, considering the impefect conditions of Higuain, Cuadrado and Bernardeschi. I am sure Pipita will try to tough it out, otherwise Paulo Dybala will serve as false-nine, something he has done plenty at Palermo, with the two right wingers maybe alternating behind him during the game. The former Viola player truly flourished in this exact same scheme at Fiorentina.

Napoli have been a sledgehammer so far this year: they have won 12 out of 14 games and they are still undefeated. They dropped points only against Inter and, surprisingly enough, Chievo Verona and they deservedly occupy the top spot with two points more than the Nerazzurri and four more than Juventus. They are cashing in on the third year under Maurizio Sarri, whose system got better and better and the players got increasingly accustomed to it.

They have always had the potential to score two or three goals per game when everybody is on his day, but this year they have managed to grind out victories also when they have not played so well and that is the difference between a good team and a great team. Their defence has also improved immensely: they are tied with Roma as the best scoring one, which was unimaginable just a couple of years ago. Kalidou Koulibaly is a beast, Raul Albiol is not the quickest cat but he has great leadership and the others all follow along.

The explosiveness of their attack is well-know at this point: José Callejon is the master of the sneaky cuts behind the last defender, Lorenzo Insigne is a juggler always read to paint beautiful assists or insolvable trajectories, Dries Mertens is an annoying mosquito that scores as soon as he has the smallest opening. They have perfect chemistry and the whole team is supporting them.

The coach has clear hierarchies and the ‘Allan, Jorginho and Marek Hamsik’ trio has solidified itself as the go-to combination in the midfield, with Piotr Zielinski serving as excellent no.12, also in more advanced positions, while Amadou Diawara is more of a deluxe backup at this point. They do not have a lot of depth, especially after Arek Milik went down, but their top XI can take them very far. To the title even? Only time will tell.

The injury to Faouzi Ghoulam, who had grown to become one of the finest left backs in Europe, certainly hurts. Mario Rui had not played much last season due to injury and is not at the same level. He is also recovering from an ankle sprain and his presence is in peril. They have made do by moving Elseid Hysaj to the left and inserting the rugged veteran Christian Maggio, who has been serviceable. However, it a more defensive look, which limits their offensive options, as Ghoulam is a true playmaker down the flank.

Quick combination, through balls, individual technique, high velocity, ball and territorial control: this is what has driven their success so far. It will be interesting to see whether they will maintain their carefree approach in such a massive game and go for the kill, or if they will be a little more watchful. The San Paolo has been an enemy of Juventus over the last few seasons, as the Bianconeri have won only once here in the last ten encounters. 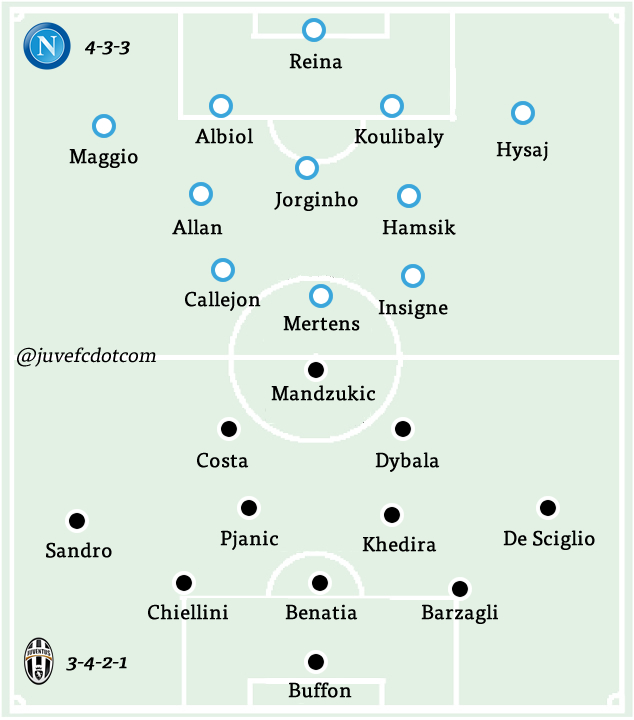