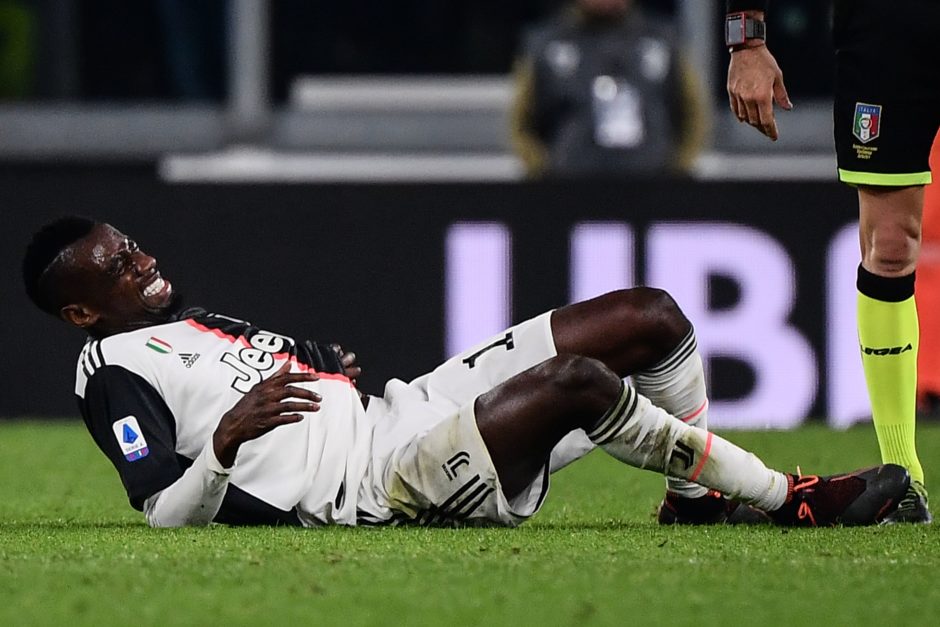 Juventus have confirmed that Blaise Matuidi fractured a rib in their 1-0 victory over Milan.

The French midfielder took a blow to the sternum and was seen clutching his ribs as he left the pitch on the 10-minute mark.

He subsequently withdrew from the French national squad meaning he will miss their Euro 2020 qualifiers against Moldova and Albania.

Juventus confirmed Matuidi had fractured the cartilage on his 10th rib in a statement via the clubs official site.

The Bianconeri have a two-week break but the Frenchman is expected to skip Juve’s fixture against Atalanta.