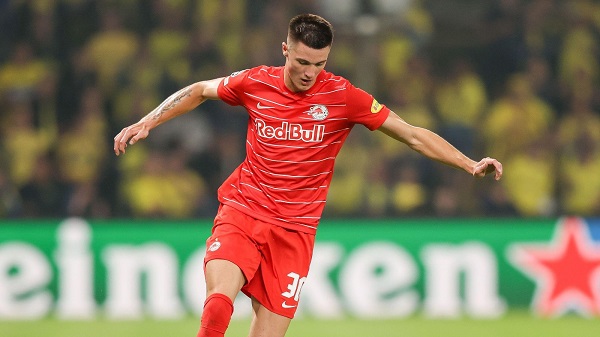 Juventus has been handed a blow in their bid to sign Benjamin Sesko in this transfer window after RB Salzburg convinced him to stay with them for one more season.

Tuttomercatoweb claims the Bianconeri had been one of his many suitors as the young Slovenian continued his rapid rise in world football.

They faced competition from the likes of Manchester United and Real Madrid to sign him.

However, all his suitors have now been disappointed after his present club convinced him that the smart thing to do is to continue his development with them for another campaign.

The Bianconeri will have to return for the 19-year-old next summer and hope that he will pick them as his next club.

Sesko has huge potential, and if he is managed well, he could blossom into one of the finest players in the world.

The attacker has been developing at Salzburg, and we can trust them to improve him this term because of their track record of doing that.

When we return to sign him next summer, he could be a much better player, and that will probably cost us more money.

For now, we cannot force him to leave after he decided to remain in Austria.