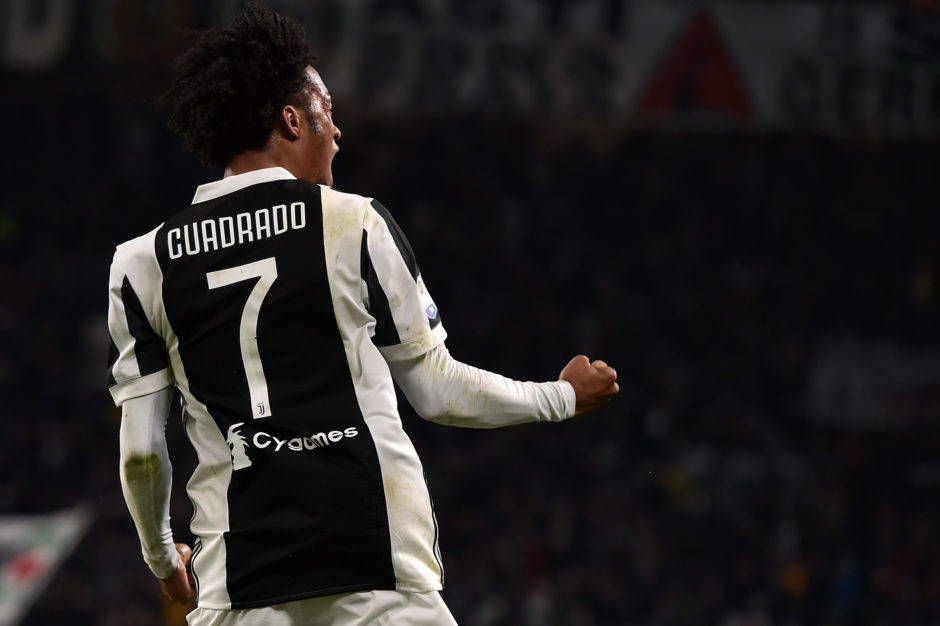 Juan Cuadrado has been linked with a move to the Chinese Premier League where Shanghai Shenhua are in the lead to sign him.

The Colombian is in his final year at Juventus and there’s no certainty over whether Juventus will renew his contract beyond 2020.

La Stampa, Tuttosport and others claim that Cuadrado is in the process of negotiating a €15m move to Shanghai Shenhua which could have an impact on Juve’s other transfer dealings this summer.

The initial reports from Italy suggested that coach Maurizio Sarri may look to convert Cuadrado into a right-back, meaning Juve could afford to sell Joao Cancelo to raise funds.

Cancelo’s future at the club remains uncertain but could rest entirely on whether or not Cuadrado leaves in the months ahead.