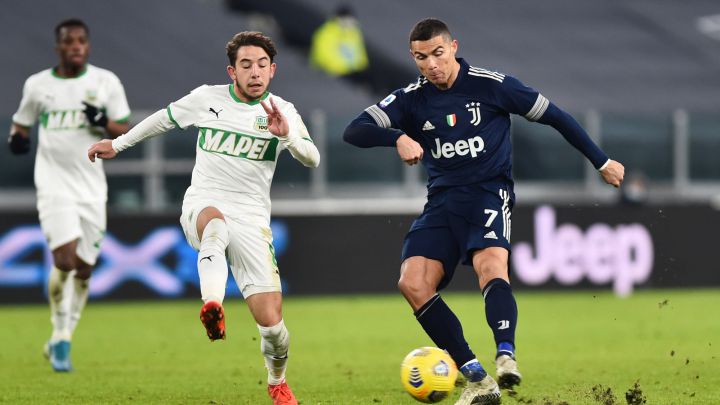 Juventus were not at their ultimate best this evening, but they did enough to claim all three points against Sassuolo.

We had the better of the possession in the opening half, but our limited clear-cut chances meant that we were unable to cause Consigli much issues in goal.

Things appeared destined to go against us, Weston McKennie had to be replaced in the opening 20 minutes, before Paulo Dybala limped off later in the half, but a red card for Sassuolo boosted us.

The red card came in added time of the opening half, but we should somehow have scored twice between the event and the half-time whistle, with Cristiano Ronaldo failing to get control of the ball in the box for the first, before Dejan Kulusevski had no goalkeeper to beat, but looped the ball just over the bar.

We came out after the break on a mission, causing the visitors all-sorts of problems, and the goal wasn’t far away.

Danilo was the man to put the ball away, and it was some strike from distance, and finally things were looking to go right.

That thought was seriously short-lived however, as our rivals came alive after falling behind.

Defrel made sure to level the scores after around five minutes of strong pressure, and you can have little complaint about the striker’s neat touch and finish.

We endured a really tough second-half, with the Old Lady struggling to take advantage of the red card, but we finally got ourselves back into the lead with less than 10 minutes to go.

Aaron Ramsey found himself free in the box to poke home, before Cristiano Ronaldo killed the game off in injury time, but the scoreline suggests a match which didn’t happen.

Sassuolo certainly didn’t deserve to lose 3-1, but it is a sign of a true champion when you can win the scrappy matches, and champions is what we are.

Pirlo will be happy with the result, but the performance is certainly not good enough for a team that will look to challenge for the scudetto.