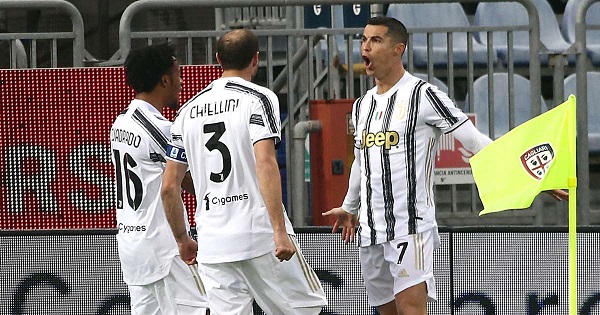 Rummenigge shares his thoughts on Ronaldo’s exit, Bonucci and Chiellini

The Portuguese was at the center of a long transfer saga throughout the summer transfer market, and eventually, a switch to the Premier League giants was materialized, much to the dismay of some Bianconeri supporters who objected the inconvenient timing.

Germany and Bayern Munich legend Karl-Heinz Rummenigge shared his thoughts on the conversation. The 66-year-old praised CR7 for his magnificent physical shape at the age of 36, but also believes that he could have been a burden on the club.

“On Cristiano Ronaldo, what was said in Italy was also said at Real Madrid, when he was sold in 2018. Even in Spain they believed they were freeing themselves from a burden, above all on the economic level,” said the former Bayern executive in an interview with la Gazzetta dello Sport via Calciomercato.

“But he is a player who scores continuously, despite being almost 37-years-old. He is proving it even now at Manchester United. Furthermore, he has an incredible physical shape, I have seen it with my own eyes when I visited the Juventus sports center.”

The former German striker was asked if the divorce between Juventus and Ronaldo was a wrong decision.

“Sometimes there are developments that cannot be understood well. In this case, perhaps he did not feel too loved by the club or by the fans. And then on the economic side a solution had to be found, maybe in the end they were both happy to split up “.

Rummenigge is hoping that Robert Lewandowski wins the Ballon d’Or this year, but he also acknowledges the achievements of Juve’s defensive duo Leonardo Bonucci and Giorgio Chiellini – especially at Euro 2020.

“Italy had two grandparents in defense, but those were fresh grandparents. I saw them and I wondered how old they are. The two of them were phenomenal,” concluded the Germany legend.

Video – On this day, Juventus beat Milan on a disastrous night for Higuain

Bonucci clarifies his absence from last week’s clash against Fiorentina