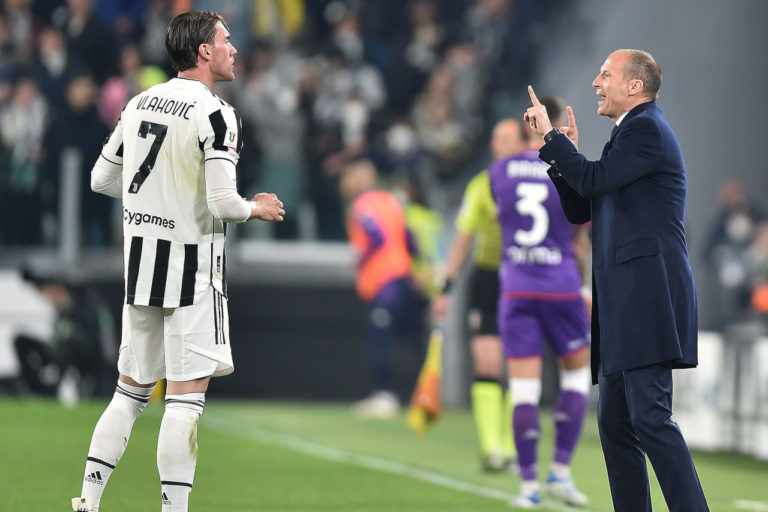 On Sunday, Juventus will host Lazio in their final official fixture of the year. The Bianconeri will be hoping to overtake their opponents in the league table while extending their winning streak.

However, it won’t be an easy mission for the Old Lady, as Maurizio Sarri’s band is on a hot form, especially after winning the all-important Derby della Capitale last weekend.

Therefore, Max Allegri admitted that his side is facing a perilous task this weekend, while complementing his colleague.

During his pre-match press conference, the Juventus tactician provided some updates regarding some of his most important stars.

Apparently, Dusan Vlahovic is still unable to shake off his physical discomfort, and will be unavailable yet again.

On the contrary, Federico Chiesa should be a part of the squad, while Juan Cuadrado and Manuel Locatelli remain doubtful.

“Tomorrow morning, I will see if Locatelli and Cuadrado will be available and make my choices accordingly,” said Allegri in Saturday’s press conference as published by the official Juventus website.

“Vlahović won’t be available. He only participated in a part of yesterday’s training session, and today and his condition doesn’t allow him to play. Chiesa, on the other hand, is available for tomorrow.

“As for Di María, I’ll have to decide how much time to give him. Tomorrow is dangerous because of the quality of our opponents and it is even more so because it’s the last game before a long stop.

“The best thing we have seen in this period is our revived team spirit, then obviously there are things to improve.

“We need to improve our possession game. We are one game from the end of the first part of the season, so we have to do well against a complex team.”