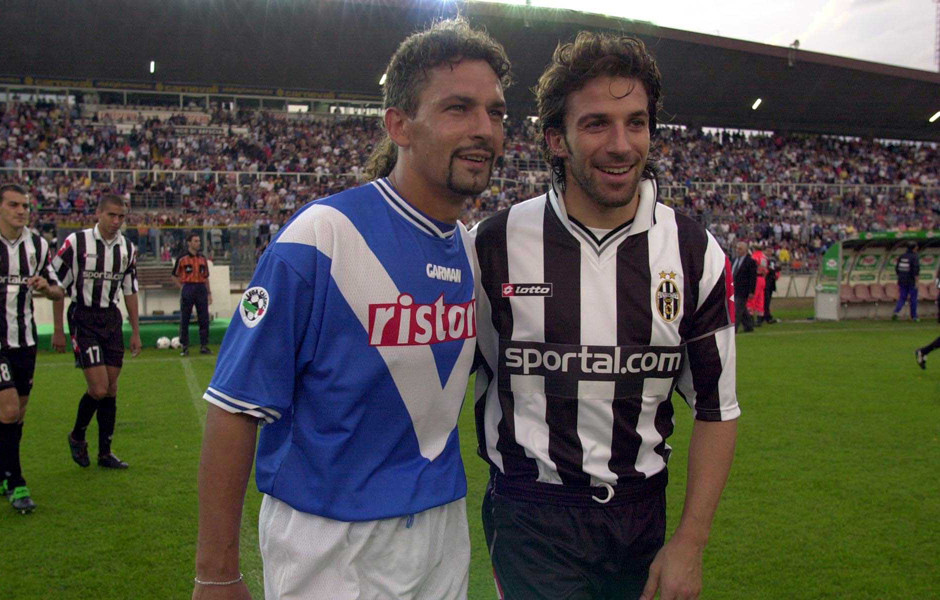 With Christmas around the corner and with the festive spirit in mind, I decided to write a lighthearted article here on JuveFC. Every football fan the world over at some stage loves to create their club’s all time XI. Whether you support Juventus or Cremonese, you imagine if you had the ability to stop time and fit your team’s best ever players into the same side, what would it look like.

As a Juventus supporter since 1995 onwards I will only include players I have actually viewed in my lifetime, so no Gentile, Scirea, Cabrini, Zoff, Charles etc will appear on this team. The team is also based on how the player performed on the pitch and not about off the field activities. So with that in mind lets get to it!

Could it really be anyone else? Juve have only had three first team goalkeepers in the past two decades – Peruzzi, Van der Sar and Superman. Regardless of the fact that he’s been the best since I began supporting La Vecchia Signora, he’s arguably been the finest shot stopper the game has seen since Lev Yashin.

A surprise choice for many, he wasn’t the greatest right back the club has ever had, but the man who looked like he had been yanked out of a late 1980s hair metal band and mistakenly put on a football field wearing a black and white shirt was a superb servant for the club. Always reliable and competent in both halves of the field, he was a fans’ favourite.

Controversial choice? Undoubtedly, but like I mentioned earlier, I’m basing my decisions on how players performed on the pitch. Saving him from two nightmarish years at Inter, Juve restored him to his previous glory and he handsomely returned the favour by producing some fantastic displays at the heart of the defence. A traitor he might be, but very few can argue with how good a defender he was for the club.

The Pisa native has been a stalwart at the core of the Juve rearguard for nearly a decade now. A beast of a defender who thrives on the physical battle with opposition strikers, who can forget his battles with Zlatan and Edison Cavani down the years? Despite his stint playing for Fiorentina, he is considered a true Juventino and a symbol of the club in the modern era. A force of nature.

He is in the same boat as Cannavaro, off the field he betrayed the club, on the field however he was one of the club’s best players during his stay in Turin. The game’s finest left back for a number of years, he originally arrived in 1999 as a right midfielder, but was converted to left back out of necessity by Lippi, and left back he would remain for the rest of his career. Zambrotta had everything in his arsenal; pace, strength, crossing, tackling, glorious hair. He was magnificent.

The Pitbull, a snarling presence who played with boundless tenacity for the Bianconeri. He was outrageously let go by Milan in 1997, who somehow seen little in him. He instantly became a mainstay in the middle of midfield, forming a formidable alliance with Zinedine Zidane for several years. Always wondered who would win a fight between him and Montero.

Do I need to say anymore?

Who can forget tuning into a Juventus match and seeing the bouncing blonde mane of Furia Ceca roaming the pitch in search of the ball? A player who wasn’t the most naturally talented, he had to work hard to improve his game, and rightfully won the Balon d’Or in 2003 for single handedly destroying Real Madrid in the semi final of The Champions League. You can’t really refuse to put in a man into your team who rejected Jose Mourinho’s offer to join him at Inter can you? A man of class.

Do I need to say anymore? This time I do. The Divine One is the sole reason I became a Juventus fan, I only got to enjoy him for a few months in the black and white, and his last season with Juve wasn’t his finest. However his mere presence, the no.10 often being covered over by that stupendous ponytail, impacted my life forever and is the reason why I’m writing on this site. Also I’ll throw in the fact that he was a genius too.

The last of a dying breed of player, the goal poacher who wouldn’t contribute much to a game except for when in the opposition’s penalty box. Watching him could be infuriating sometimes, other times you forgot he was even on the pitch until he scored. Underappreciated by the majority who aren’t Juve supporters, they failed to recognise his greatness was in scoring goals. Formed the club’s greatest partnership with Del Piero.

I couldn’t really leave Juve’s greatest player off my team could I? What more is there to say about the man that hasn’t already been written or spoken? Filled the gap left by Baggio as my favourite player growing up. Aside from his skills on the football pitch, what truly impressed me was his talent to change hairstyles every season. A personal favourite was his 1997/98 appearance – with the beautifully-groomed long hair and pencil-thin side locks. A living legend.

So that’s it folks, that’s my dream team of the last two decades. We at JuveFC would love to know your Juventus dream team, so let us know! Happy Christmas! 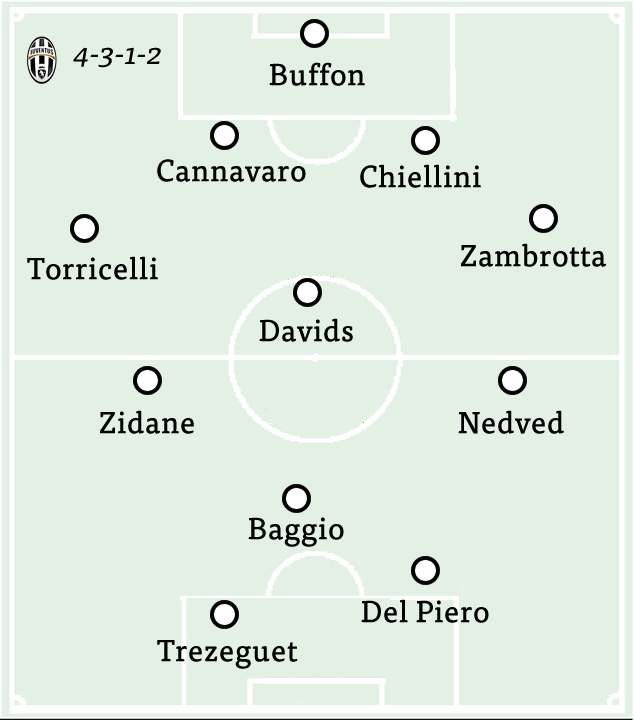